Peter Pan is literally a story about a flying kid who never grows up, so no, it’s not based on a true story. Unless you believe that Neverland is a real floating island in space, in which case, godspeed. BUT! That doesn’t mean there isn’t a riveting origin story behind our dude Peter—and now that Disney is making yet another live-action Peter Pan, despite the circa 2003 one being PURE MAGIC, it’s time to dig into how this mischievous kid became such a cultural icon. But not before paying respect to my personal Peter Pan, Allison Williams:

First Up, Allow Me to Introduce J.M. Barrie

Aka the Scottish author who’s brain Peter Pan emerged from. Here he is straight lounging: 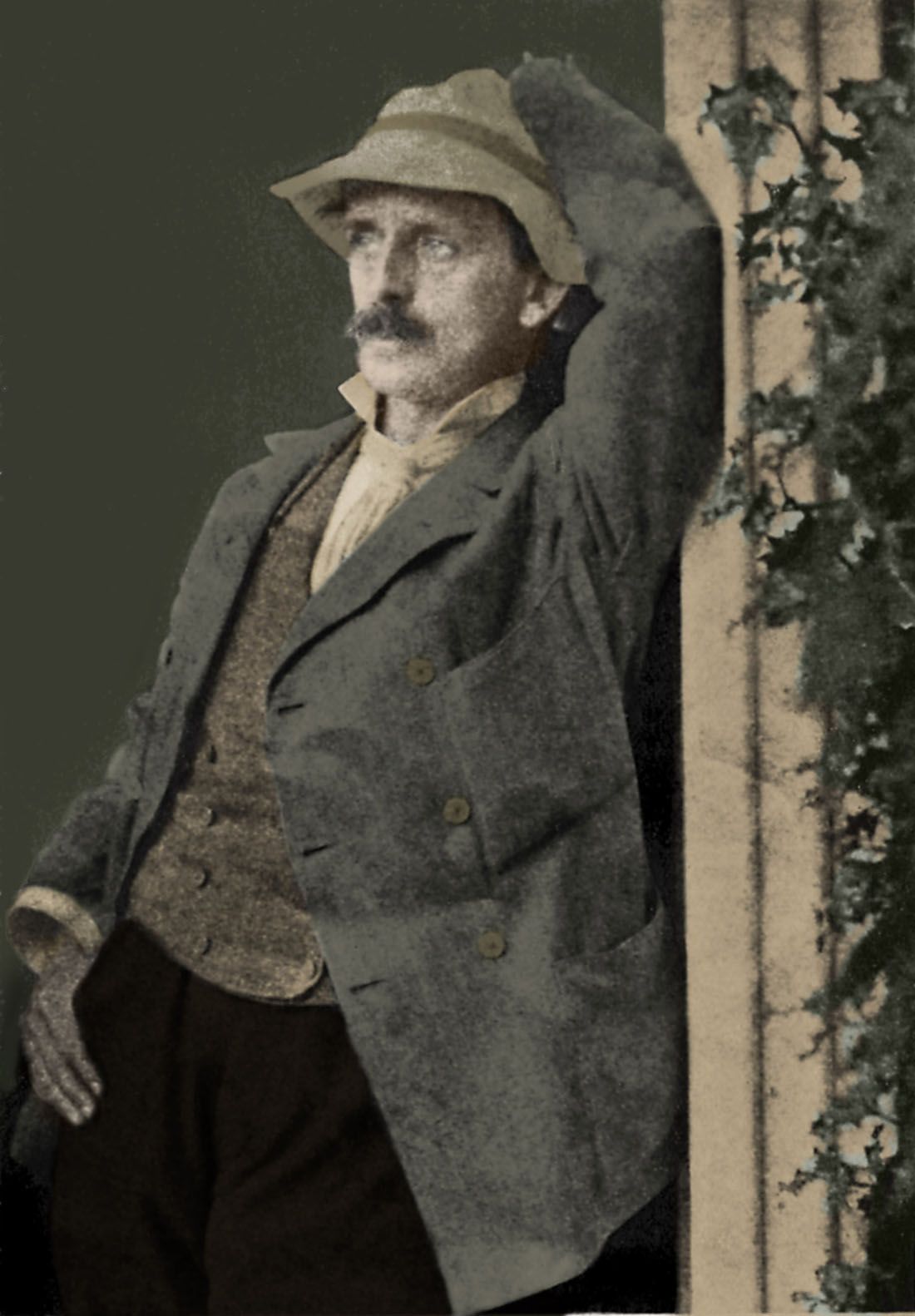 Peter first showed up as a character in Barrie’s 1902 novel The Little White Bird and honestly the story is nothing like what you’ve seen on Disney. Basically, Peter is an infant baby who might also be a bird (???? help, do not want), and he gets taught to fly by fairies in Kensington Gardens. Despite this sounding like pure nightmare-fuel, the Peter-centric chapters in The Little White Bird were turned into their own book called Peter Pan in Kensington Gardens in 1906. Meanwhile, Barrie was busy writing a play called Peter Pan, or The Boy Who Wouldn’t Grow Up, which was then turned into a novel called Peter and Wendy. Basically J.M. Barrie was deep into making Peter an all-caps THING.

Also, in case you’re in the mood to be traumatized, please note that Barrie described Peter as being clad in “the juices that flow from trees.” Nope. NO. NOOOOOOOOOO.

So, Who Was Peter Based on?

There are two people who influenced the character:

Also, please note that one of the Llewelyn Davies kids was named Peter, and he didn’t like having his name associated with the book. IRL Peter was also pretty upset when Barrie didn’t give him his estate upon his death, and his son Ruthven said:

“My father had mixed feelings about the whole business of Peter Pan. He accepted that Barrie considered that he was the inspiration for Peter Pan and it was only reasonable that my father should inherit everything from Barrie. That was my father’s expectation. It would have recompensed him for the notoriety he had experienced since being linked with Peter Pan — something he hated.”

Cool, that’s about it when it comes to the True Story of Peter Pan, but before we go here’s this again: